Unfortunately, it appears that your internet browser is outdated.

London City Airport is the first among UK airports to install innovative touch-sensitive displays manufactured by Displaylite in a new high-tech digital air traffic control tower.
The airport’s traditional control tower will be replaced by a high-tech ‘digital tower’ where controllers will use the state-of-the-art displays with live augmented-reality video feeds to direct around 300 flights per day.
London City Airport believes controllers will soon be able to take advantage of far more detail than is possible by simply looking out a window; the new 27″ touch sensitive display features a 2560×1440 resolution – four times the pixel density of standard high definition monitors.
Precision is also a paramount concern. The touch sensitive displays are operated by a special electronic pen, which supports 2048 levels of pressure and prevents accidental touches from the controllers’ hands and wrists.
NATS, the UK’s leading provider of air traffic control services, began working with Displaylite on this project in late 2015 to produce a desktop touchscreen display that could be deployed as part of air traffic controllers’ workstations at the new multi-million pound operations room.
Displaylite, known for their specialist capability of designing and manufacturing displays for applications such as defence, transportation, factory automation, and digital signage, were chosen by NATS as extensive customisation of an existing touchscreen display was required by the project.
“The display’s existing housing was too large and included some features that needed to be removed, such as USB connectors, and others which had to be adapted, such as the on/off switch.” said Simon Perry, Director.
“In addition, NATS wanted to assess a range of anti-reflect and anti-glare glass finishes. Our specialist engineering capabilities allowed us to remove the existing protective glass layer and replace it with substrates from a number of glass suppliers, which we then supplied to NATS for evaluation. 3mm thick optical grade non-sparkle anti-glare glass was finally chosen.”

The initial design brief was agreed after working closely with NATS Systems Engineering and the existing touchscreen display manufacturer. Displaylite created drawing sets, which were then used by a third party company to produce an adjustable table mount display stand. Prototypes were built and supplied over the course of three phases, before the final version was submitted for Safety and EMC testing.
“One of the challenges of designing and creating a product for a company such as NATs is their strict requirements.” said Steve Legg, Director.
“We make use of a filtered air clean room with a full anti-static floor where each unit is assembled under ideal conditions to ensure they pass test and inspection criteria”.
Displaylite was able to design, manufacture, and support the adapted display to meet all the key project criteria.
More than one hundred units have been successfully delivered to NATs to date for use in a range of applications. The new digital air traffic control tower is expected to begin operations in 2019. 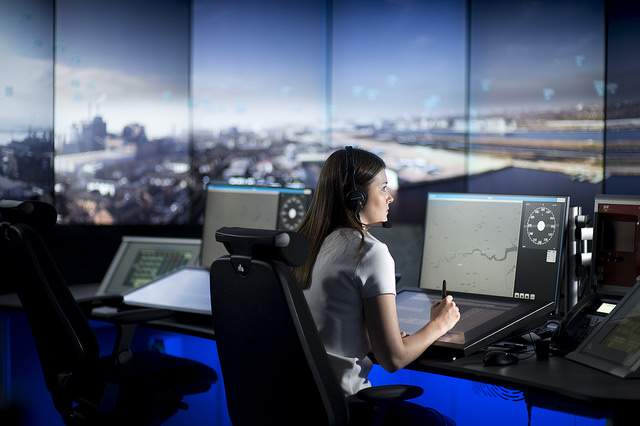 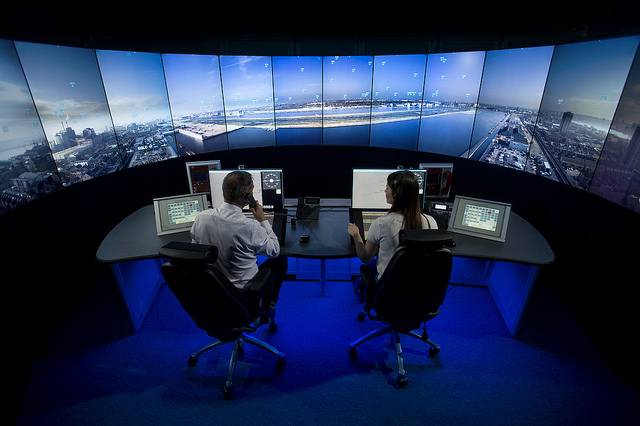 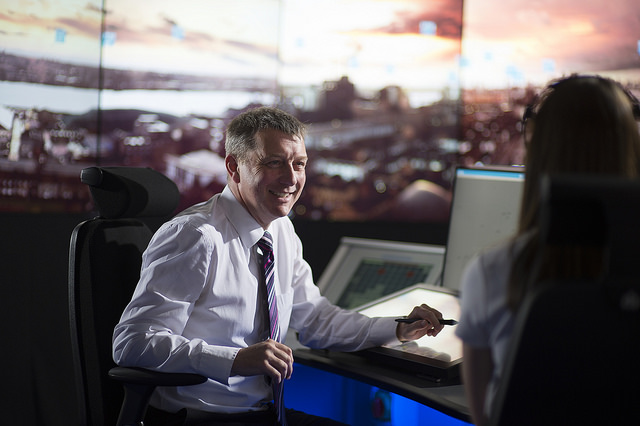 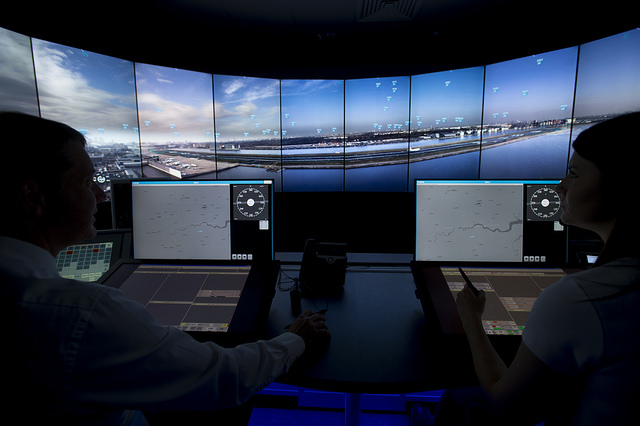